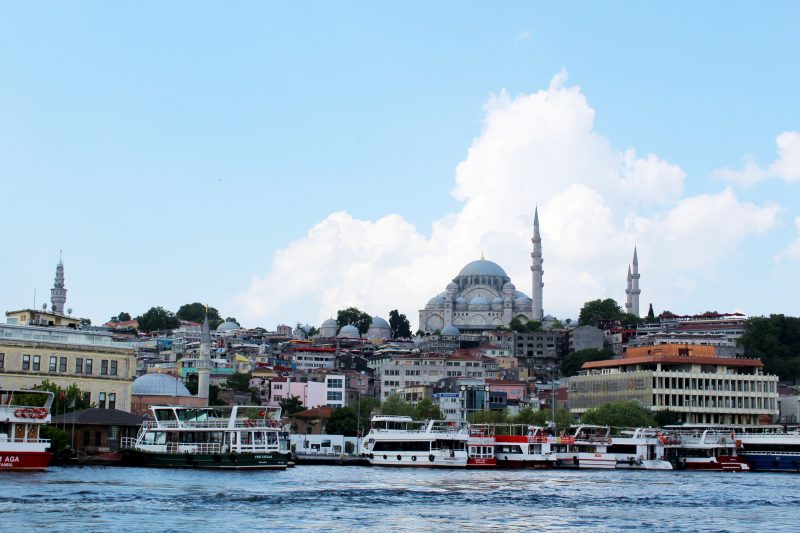 It’s been a long time since I’ve last had any inclination  towards wanting to write and share anything in this space over here. Sometimes it’s good to let things spill out – but sometimes it’s also good to keep things swirling around in your own head, and maybe your heart and a bit to yourself. In a world of oversharing, sometimes it’s good to revel in your own thoughts and emotions for a while to make sense of it all – by yourself – without the incessant need to instantly share. Returning from our vacation in Istanbul was a little bit like that. Part of me wanted to pour everything out so that I don’t forget a single moment and have it immortalised forever; but part of me also wanted to relish and savour the experience on my own for a while without hurrying to share every detail of it with the world. But my head is finally in the right space and I’m ready to share a portion of my travels 🙂

When we started 2018, there was no definitive plan to go on vacation this year. I mean we spoke about it and toyed with the idea and looked up a few destinations, but decided instead to rather invest towards fixing up some parts of the house. But quite literally, 2 days before Eid-ul-Fitr, the option to go to Istanbul popped up and I thought – to heck with the home improvements…I’m taking the plane ticket to travel one of my bucket list destinations! And within 3 weeks of that decision, we packed up last years summer wardrobe (which thankfully still fitted) to go and explore a brand new city as a family! 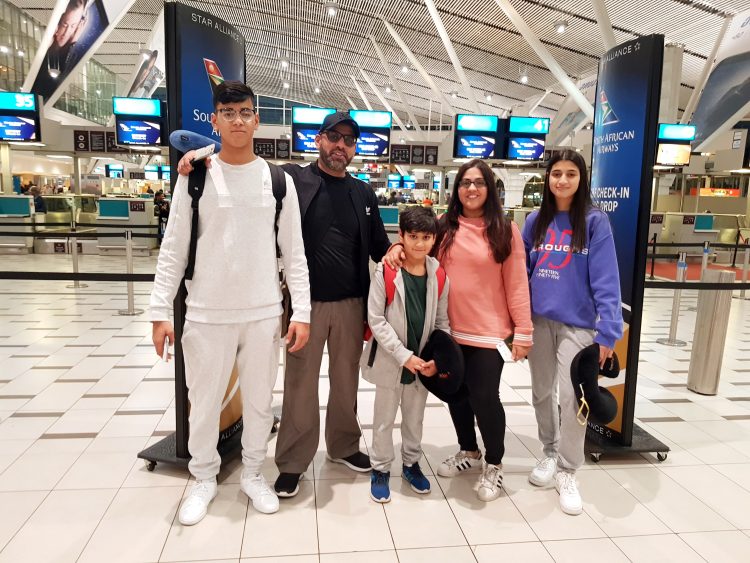 ISTANBUL AT A GLANCE 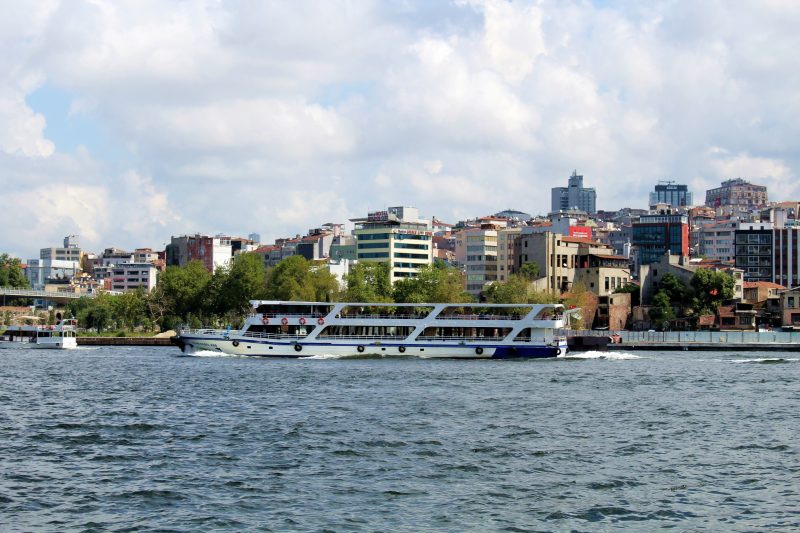 Istanbul; a cosmopolitan city located on two continents and home to many ancient civilisations; is a destination rich in ancient history!  I did the research and I scoured the internet; I knew all the names and locations of all the important sites we had to visit, by heart – Which is why I imagined Istanbul to lean more towards the oriental and exotic than the modern metropolis that it actually is – and is probably why I wasn’t quite prepared and why I was also completely stunned by my first glimpses of the city of Istanbul.

I was expecting all of Istanbul to be an old, bustling city filled with cobbled streets, old buildings and  remnants of the past – I wasn’t expecting the very modern high rise buildings in the city centre, the countless 5-star hotels littered throughout the city, the perfectly manicured lawns and flower beds that line the streets and the picture perfect parks that were plenty as we drove from the airport to our hotel; which kind of reminded us all a little bit of Dubai. All in all, I’d say that the charm of Istanbul lies in its juxtapositions – of old and new, east and west, modern yet old worldly…

We stayed in the heart of the Old City and in the historical quarter of Sultanahmet. We chose to stay in the Old City because of it’s close proximity to all the popular tourist sites. Compared to other parts of Istanbul, Old City is busy and bustling and definitely the tourist hub! Traffic in this part is a nightmare which is why it’s particularly helpful that everything of importance is accessible by foot. Some may find this part of the city a bit noisy and busy, but I absolutely loved it!  The Old City has retained a lot of it’s olden day charm – from the random Roman ruins, to centuries old graveyard, mosques, schools and markets…every turn leads to something wonderful!

When choosing a hotel, the internet can be very confusing, so we felt safer choosing a hotel brand that we are familiar with. The Double Tree by Hilton was familiar and comfortable and the breakfast spread was absolutely amazing! The only thing I felt was missing was a swimming pool to cool off in after a day touring in the relentless heat. On a side note though, the city of Istanbul is very tourist driven and offers every kind of accommodation imaginable and in abundance too! Hotels are generally well equipped and geared to make the visitor’s stay one to remember, wherever you decide to stay. 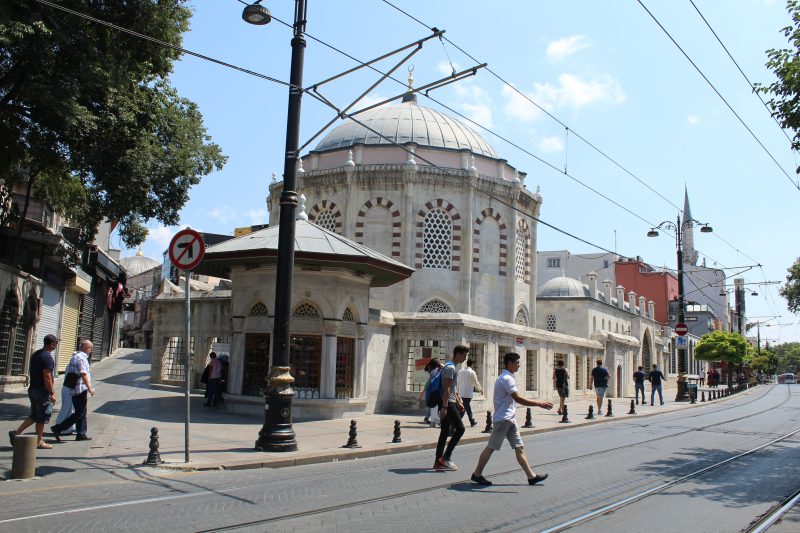 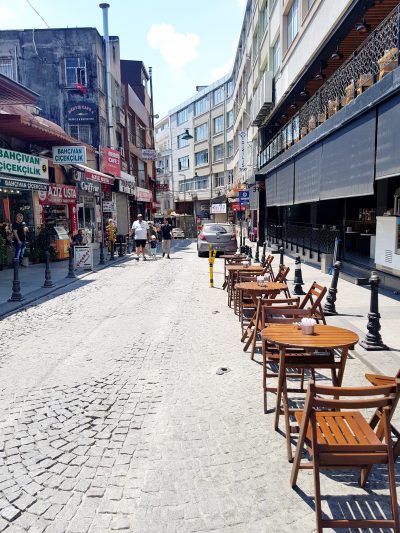 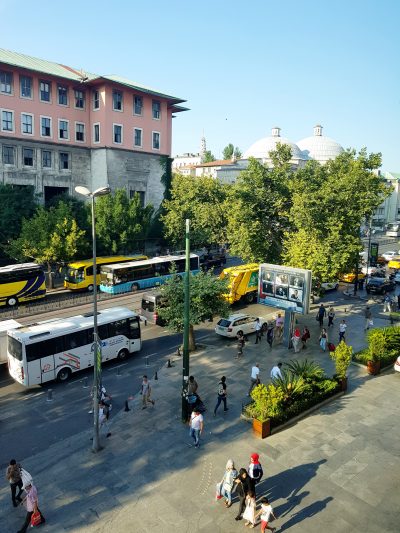 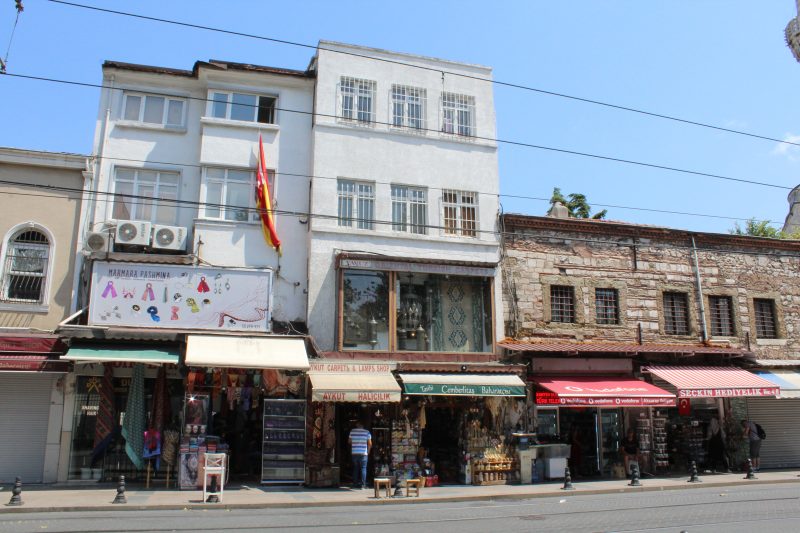 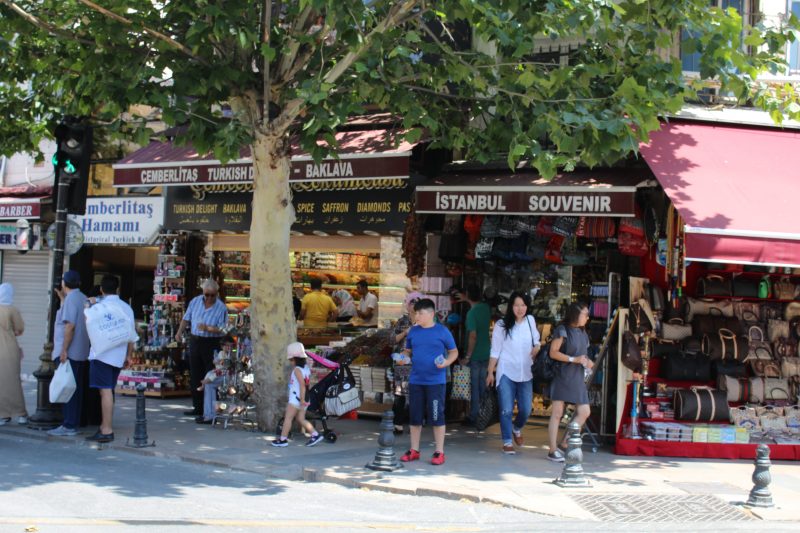 I’ll be honest, I was preparing for the worst! So many people who went to Turkey before me found Turkish food to be bland and unexciting – so my expectations weren’t that high to begin with. While it’s nice to have access to our creature comforts (like Indian food), part of the excitement of travel is to immerse oneself into other cultures, and that includes food and cuisine as well. Street food is quite tasty and generally not expensive at all, and in Old City there’s literally scores of eateries lined next to each other, all selling the same thing. And while sit down restaurants works out slightly more pricey, you’re can still eat good meals that don’t cost an arm and a leg if you’re on a budget. Although I admit that I wasn’t as adventurous as I could have been, there’s a few things I ordered repeatedly because I really enjoyed it. Things you can’t leave Turkey without tasting? Turkish tea and coffee, Doner kebabs, Turkish rice, stuffed brinjals, Sis kebabs, Pide, and a generous dose of  Paprika (they have it available at all eateries, just ask for it) sprinkled on everything ….and if you’re really in need of a fix of Indian, there’s a place in Taksim called Musafir that had the best Indian food and Chicken Tikka Masala I have ever tasted – like ever!  I had an overall great food experience in Turkey save for one street eatery that was overpriced and disappointing. 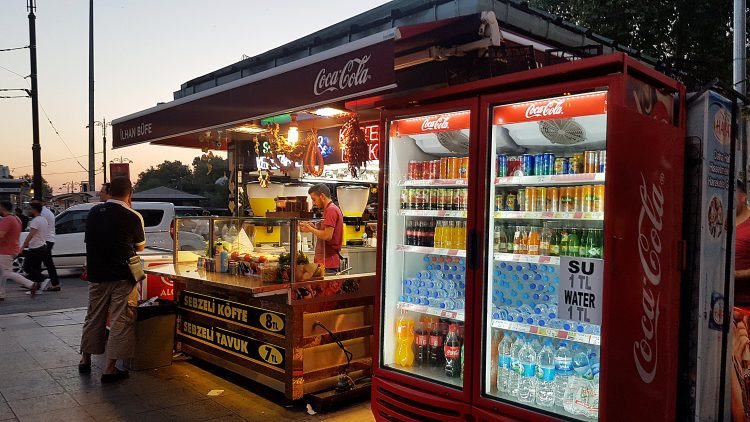 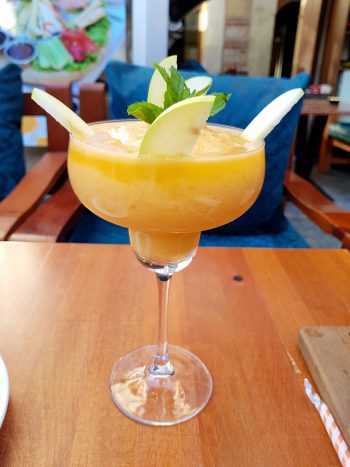 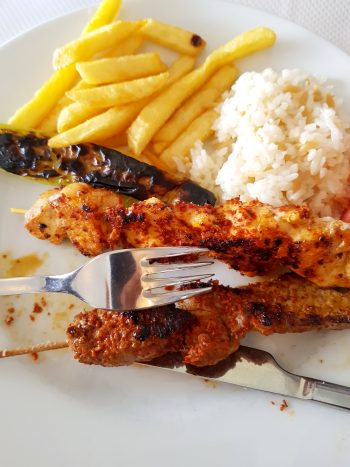 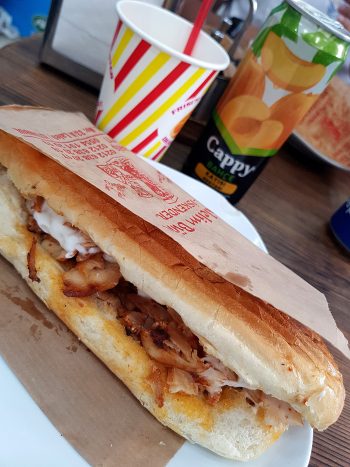 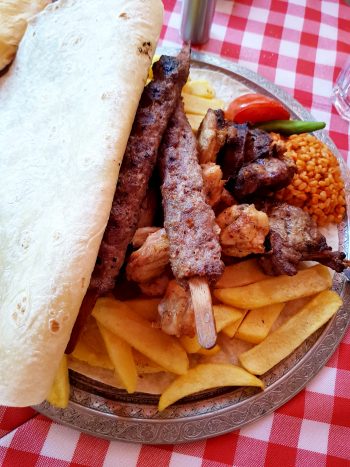 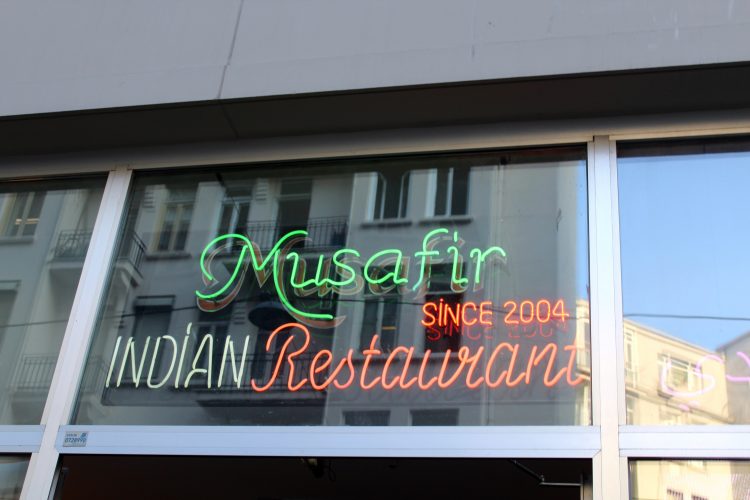 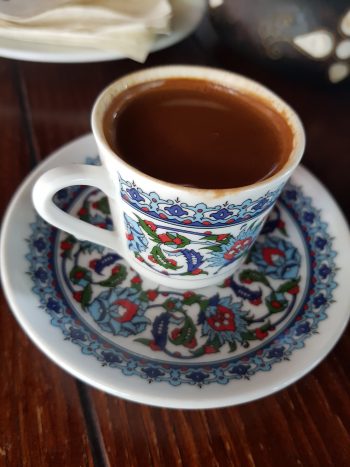 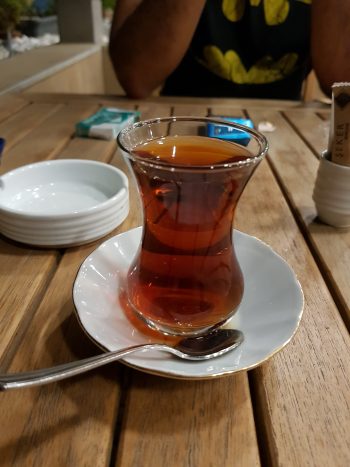 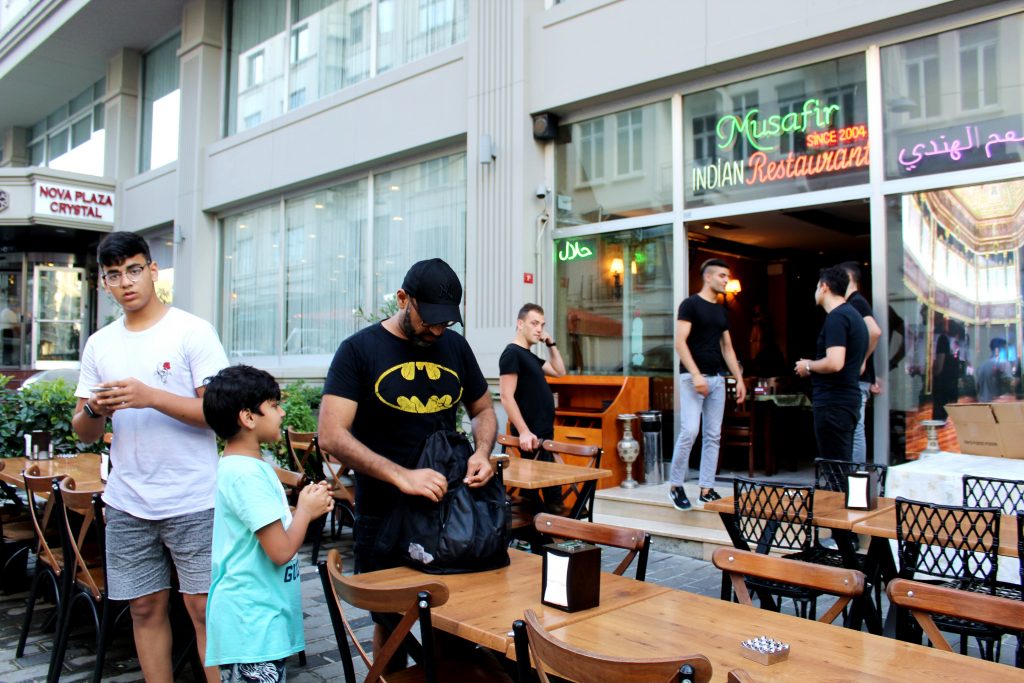 Word of the holiday: “disparity”. Used by my husband at each and every historical site we stopped at to highlight the contrast between the lifestyles of the Sultans and everyone else. If I hear that word again, I will scream. We got it the first time you said it, yo!

Mode of transport: For the first couple of days we went everywhere on foot, but the heat was unbearable so we resorted to Uber everywhere – even Ubered the 10 minute walk it would’ve taken to the Blue Mosque. It must be noted that it was my first time ever using an Uber and that I would never even have considered using it had it not been for my son. He had us everywhere we needed to be within minutes! The Uber service in Turkey is convenient and excellent! 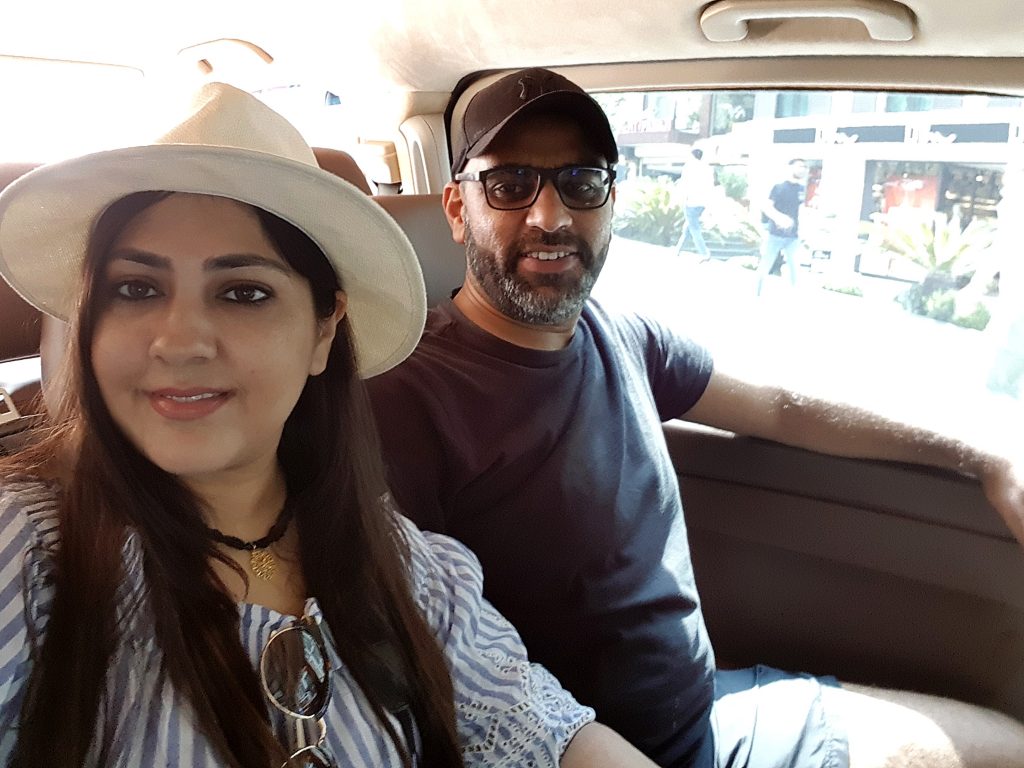 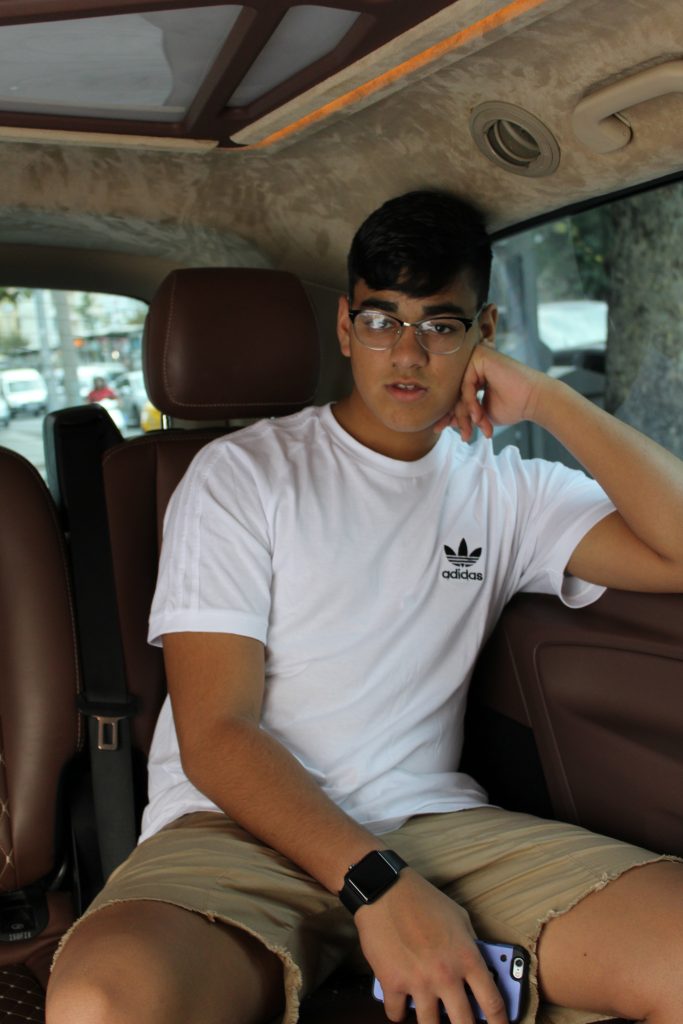 Iconic moments: It’s difficult to choose one because there were quite a few. But for me, the most iconic of  all the iconic moments would be being caught in the thunderstorm at Dolmabahce Palace. It was a great way to close off a day that started with another iconic moment; which was a little wobble (it was actually so big that it made it to iconic moment) in my mood when nobody shared my passion and enthusiasm for the history of this place! Everyone agrees though, that had it not been for my persistence, they wouldn’t have seen half of what Turkey had to offer.

Another iconic moment worth mentioning was missing our flight because Rocky decided he needed his final Turkish bath and it resulted in us leaving later than we should have. And because we also didn’t accommodate for the atrocious traffic of Old City at that time of the day, we didn’t get to the airport in time for our flight. We drove in silence all the way, already pre-empting our fate, and arrived at the airport 5 minutes after boarding closed. It makes for a good story, but it was awful trying to figure it all out at the time. At least we scored a bonus day in Istanbul!

Which brings me to the final iconic moment worth mentioning…catching my youngest kids’ puke several times because of motion sickness – On the plane on arrival in Turkey because I forgot to give another dose of meds at our layover in Dubai. Every single 10 minute Uber drive we took through the winding roads of Old City…and then I also had to catch it while walking and running and holding a bag to catch the vomit while hoping to catch our flight that we inevitably missed. Yip, I’m counting catching vomit as iconic because it was such a big part of our trip!

Favourite historical site: It’s unanimous amongst all of us – Topkapi Palace! It was old worldly and opulent, while giving us a flavour of oriental splendour. It was a true blast back in time. 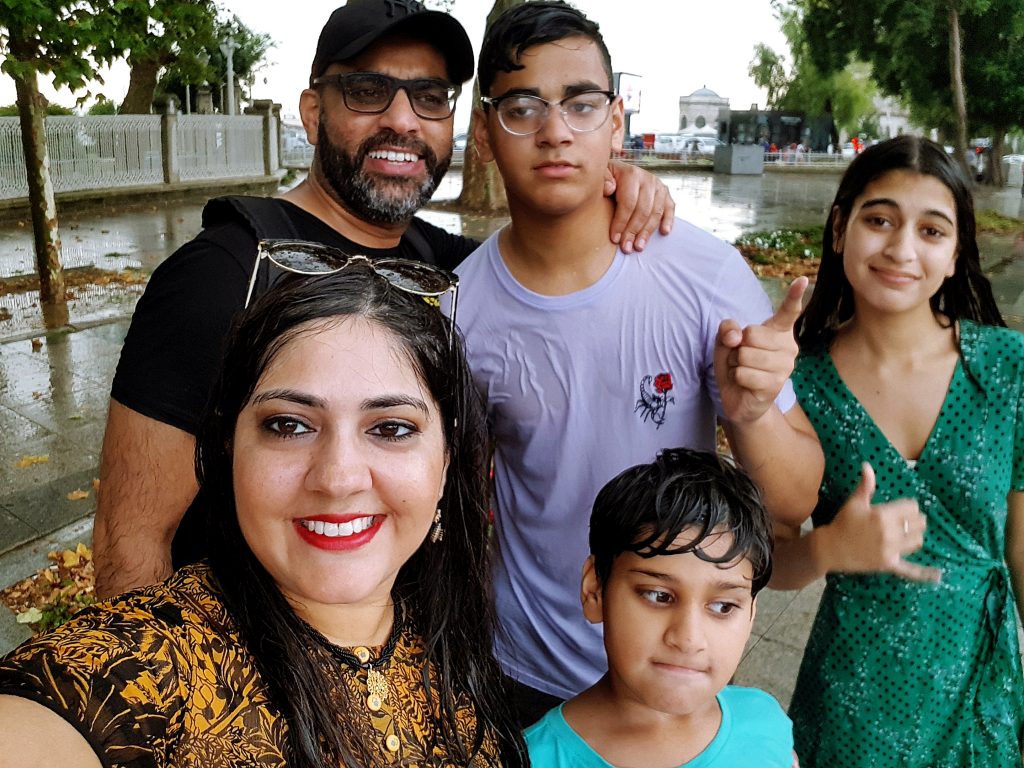 If this year has taught me anything at all, then it’s that life is extremely short, things can change in an instant, and nothing is ever permanent. It’s not like we don’t already know these things. At the back of our minds, we do. But ever so often we get bamboozled into living our lives waiting for better days and tomorrow’s that are not always guaranteed. I don’t want to be the person living with regrets. I don’t want to wake up one day wishing I did more. I want to live my life knowing that I’ve deposited enough time into the people and things that are important to me, so that when my time is up here, I know I’ve invested in it enough. I don’t know if I’ll be able to do trips like this with my kids when I’m 50, or if they’d even want to join at that stage of their lives…and that’s why the decision to travel with the kids; even though they’d be missing 4 days of school was a no brainer to us. The amount to gain in an experience like this cannot be compared to what’s at stake to lose. Oddly enough, while reminiscing and writing about this trip; and despite being in such an exotic destination; all my best memories involve moments with my family. Which leads me to conclude that beautiful places are made more extraordinary by the people who take the journey with you!

*In my next travel instalment, I’ll be covering our stay – what we did, all the sites we visited, as well as some travellers tips. 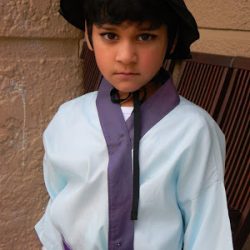 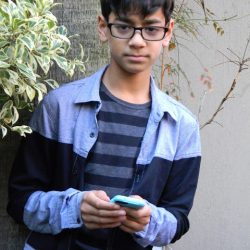 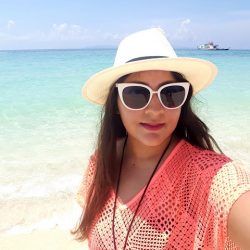 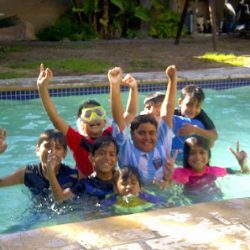