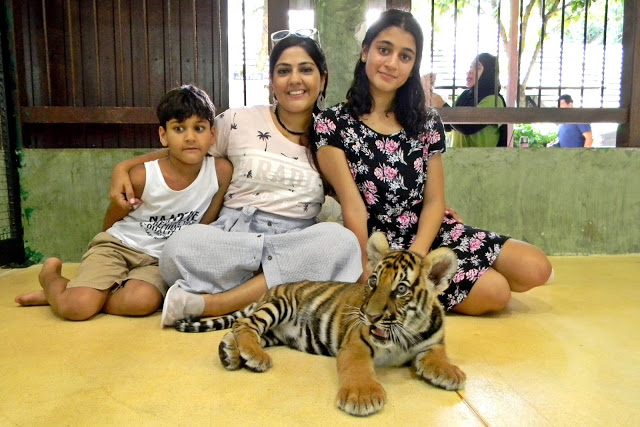 There’s lots to see and do in Thailand, but most tour guides or websites will tell you that there are 5 “must see” places to visit – The famous Phi Phi Islands tour, exploring Phang Nga Bay, the cultural FantaSea theme park, visiting the Big Buddha, and Elephant trekking. It’s not a bad idea to avoid some of these and go in pursuit of the hidden (and less populated) gems of Thailand, because most of the time, these top 5  places are packed with tourists!

We opted not to visit Big Buddha because there was a little climbing of a mountain involved and nobody was interested in exerting too much energy while on vacation (well..except me) – plus it was extremely hot. And we knew straight up that we didn’t want to do the elephant trekking or watch the famed Fantasea show because the kids had a bit of an issue with animals in captivity and using them for human entertainment, cos apparently, they also did some research ( who would’ve thought)!!!

I mention this because even after declining to do these two very popular tourist attractions because of the issues of animals, we still found ourselves at Tiger Kingdom! Tiger Kingdom was not something that came up while doing our research on Thailand, and was never on our list of things to do; but we found ourselves here during our first day tour of the island, and two of my kids were very eager to have an up close experience with the tiger cubs.

As is to be expected, the place was packed; so what we did was get ourselves a ticket/number with an estimated time of when it would be our turn, went for lunch to a nearby mall, and came back. By the time we returned, we could go straight in. The younger kids are only allowed to interact with the smaller cubs, while adults get to interact with the bigger cats. You have an option to get professional pics taken while interacting with the tigers, but I passed on this in an attempt to save a couple of bucks and I totally regret it now since I didn’t have a proper camera with me and I’m a bit disappointed with how my pictures turned out.

I have always been in awe of these flame coloured big cats so it t was a little surreal being up close to these majestic animals! I only wish that the experience could’ve lasted a little longer. Everything is so fast paced because the place is so busy and there are long queues of people waiting their turn. There’s good direction from staff as to what’s allowed and what’s not and they are hands on and alert in order to make the experience playful and not frightful – they are wild animals after all!

After my tiger encounter and spending a little time in the compound, I left feeling a little conflicted. It was amazing being able to see these animals up close, but it also felt so wrong seeing them in an enclosed environment when they were designed to be free. I also feel that of we were going to compromise on the whole animal encounters experience, then I would have rather chosen the elephant trekking, just because it’s longer. Either way, I still feel conflicted regarding the whole thing.

On another note – after 2 days of sleeping and swimming and just plain chilling; I decided to put some effort into my appearance for my first day out in the form of tinted sunblock, some mascara and a bright coloured lipstick. This lasted for all of breakfast before it was completely melted off. Thailand is hot, people! Thailand is so very HOT! 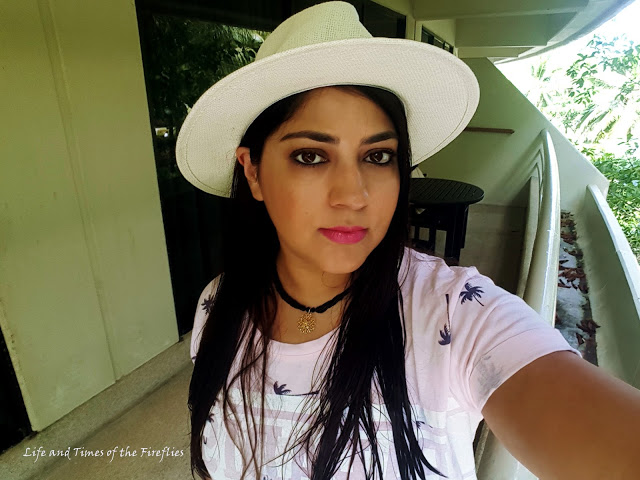 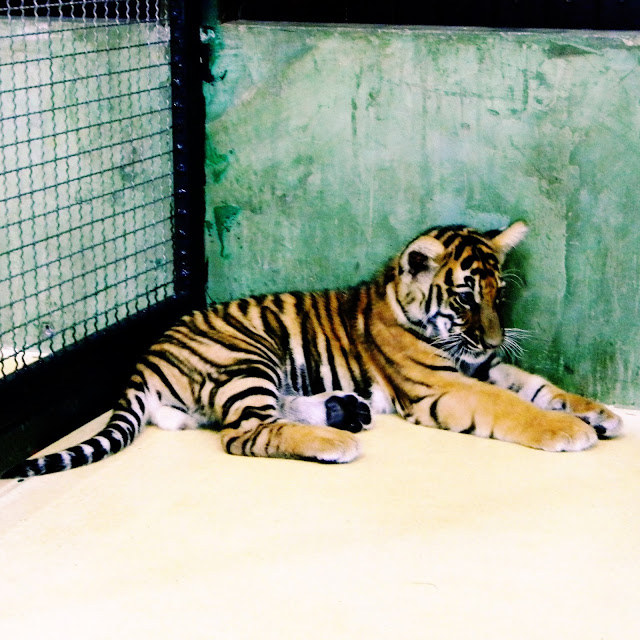 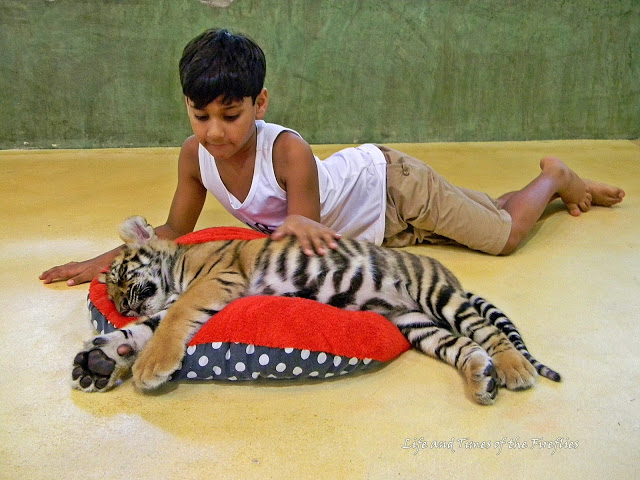 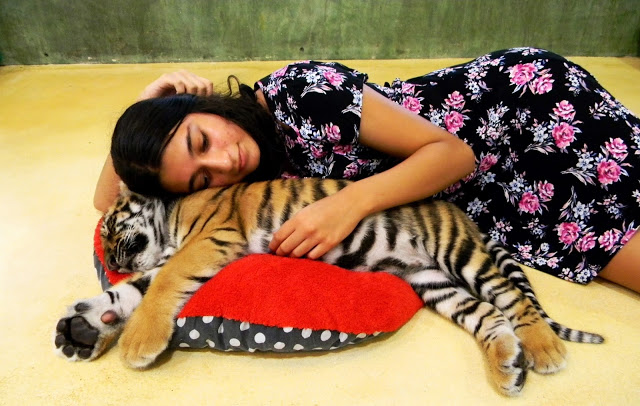 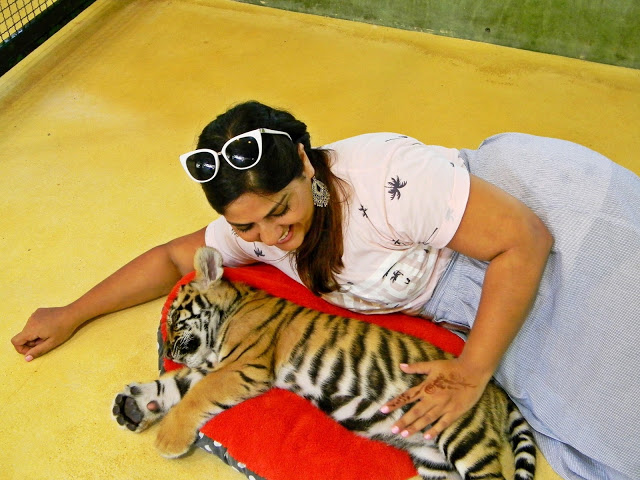 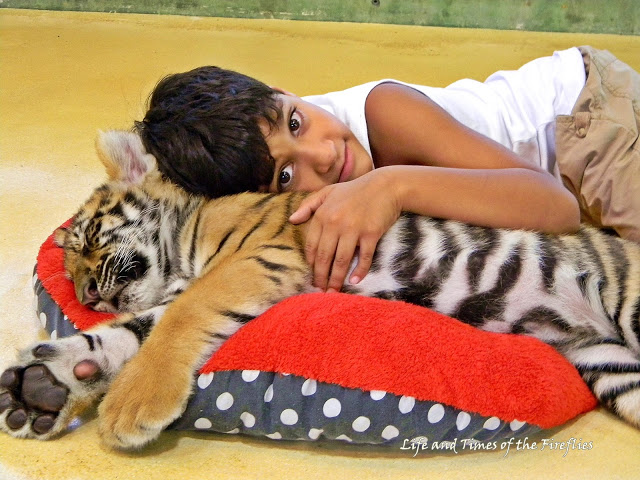 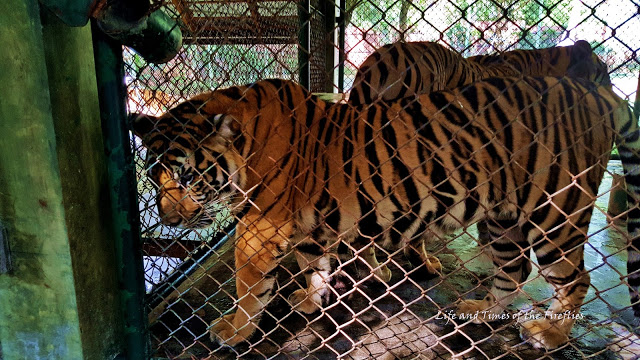 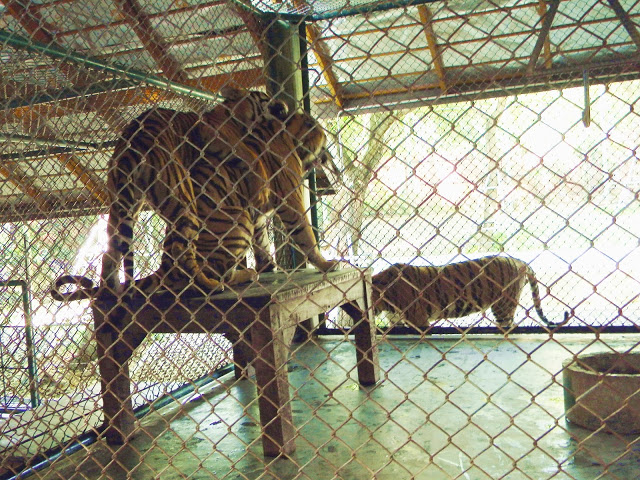 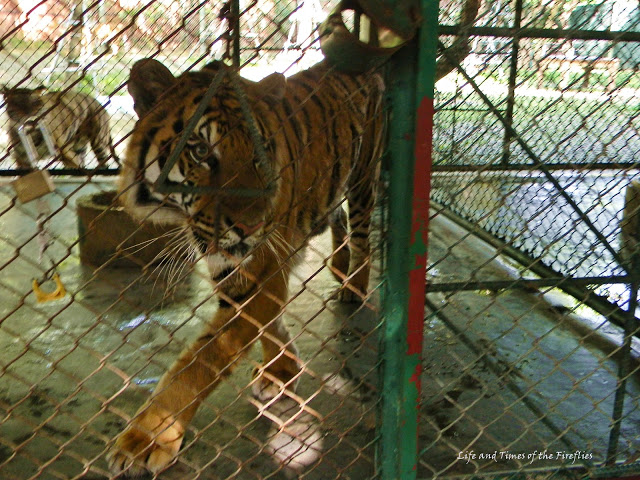 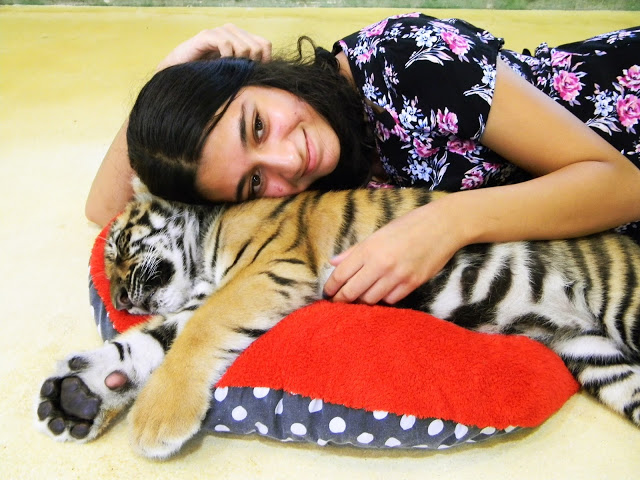 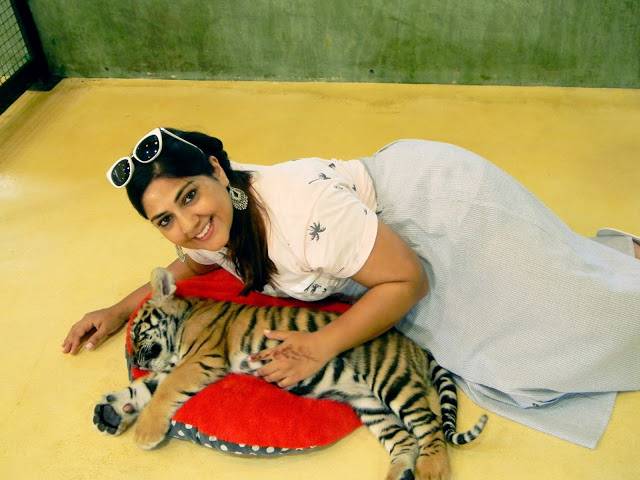 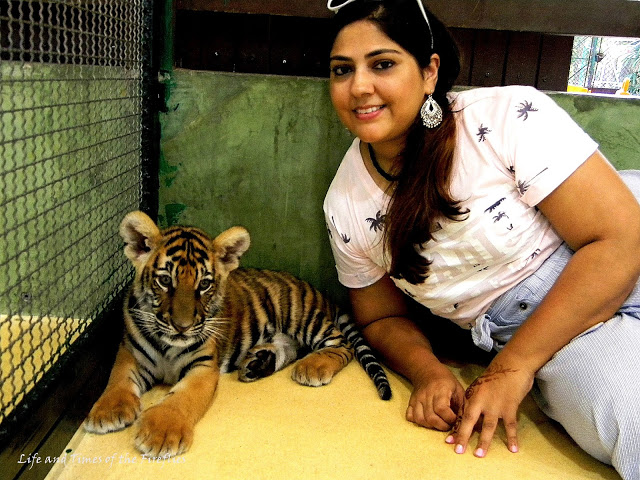 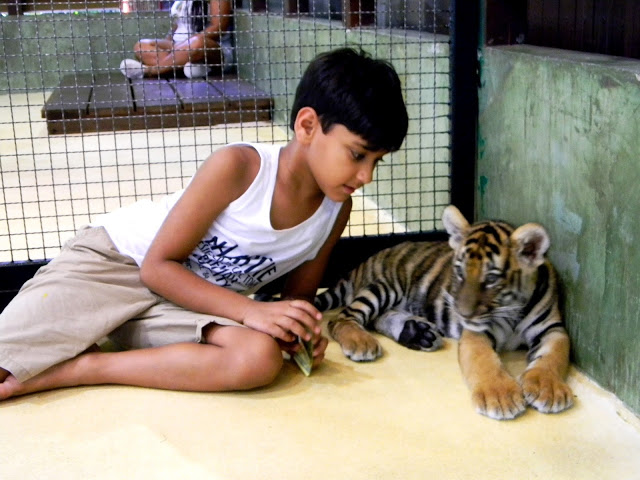 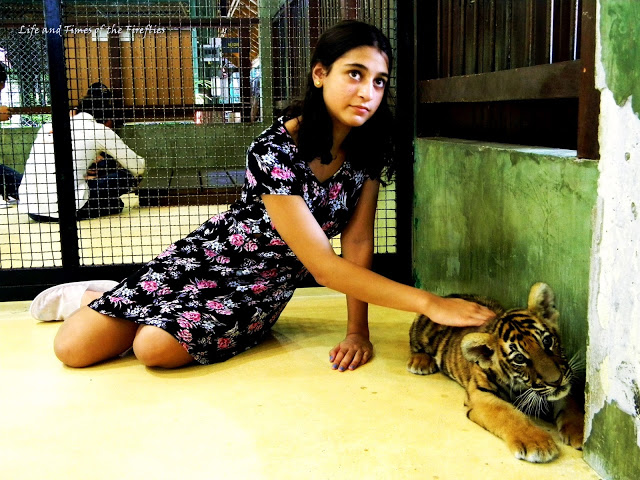 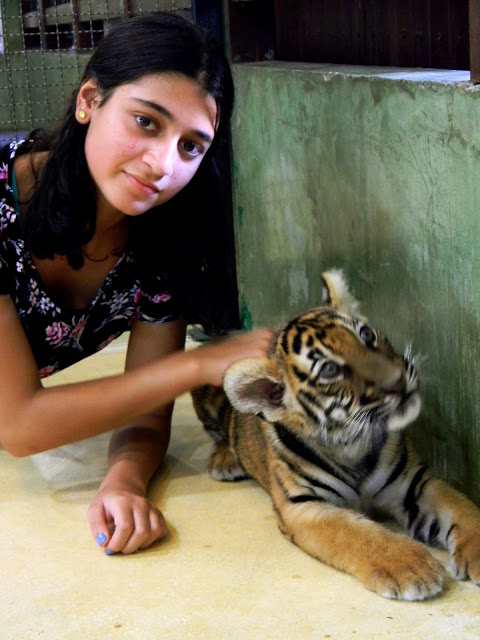 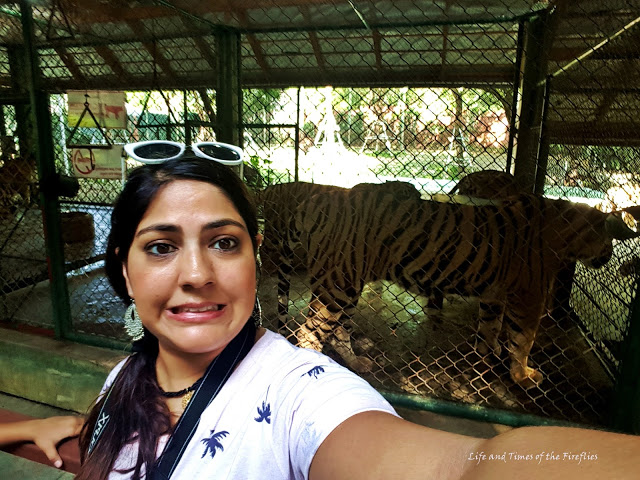 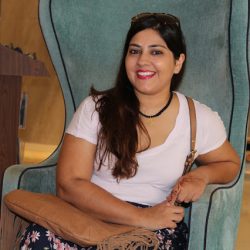 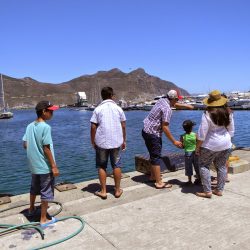 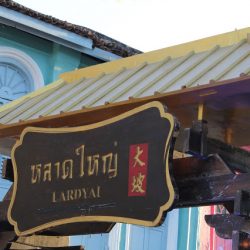 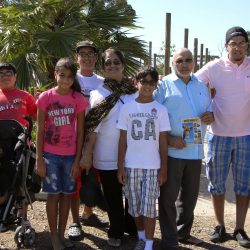